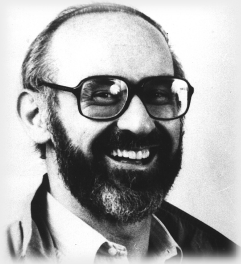 "Have we ever seriously asked what psychosocial processes look like from the point of view of the dominated instead of from that of the dominator? Have we thought of looking at … industrial psychology from the place of the unemployed, or clinical psychology from the standpoint of the marginalized?[…] This is not a matter of thinking for them or bringing them our ideas or solving their problems for them; it has to do with thinking and theorizing with them and from them." (Ignacio Martín-Baró SJ)

Jesuit theologian and social psychologist Ignacio Martín-Baró developed his "psychology of liberation" in El Salvador in the 1970s and 80s. Inspired by the concepts of liberation theology, he criticised a psychology that, by remaining apolitical, uncritically serves existing power structures. With regard to trauma work, he called for a focus on the societal structures that leave people traumatised rather than pathologizing the survivors of political violence with the label "traumatised".

Martín-Baró's demand for a new psychology was radically political, and he paid for it with his life: he was murdered by the Salvadoran army on 16th November 1989, together with five other Jesuits and two women.

The psychologists and therapists who are inspired by liberation psychology – amongst whom I count myself – don't reduce the suffering caused by violence and other human right's violations to "merely" an inner psychic process. Because they place trauma much more centrally within the context of political and social structures, they call for socio-political changes and, to some extent, a new psychological portfolio, arguing that this is in some ways just as important as offering "victims" the psychological therapy they may need.

In my professional practice, this idea of liberation psychology means the following:


If you want to know more about liberation psychology I recommend starting with some of the articles which can be downloaded from my homepage.